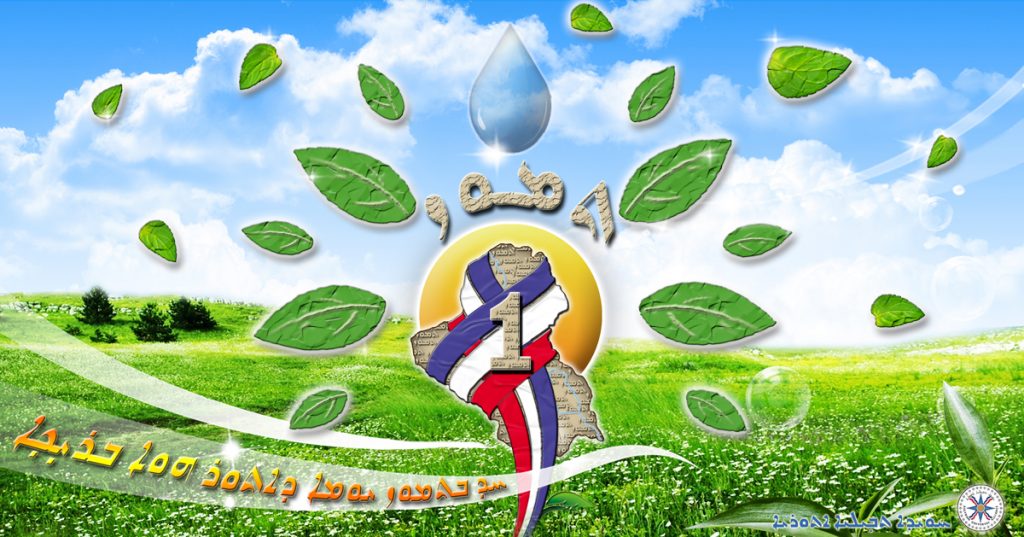 Nationalism is a commitment to ideas among a group of people who share a common ethnicity, culture, language, history, heritage, and territory. Using symbols and ceremonies to espouse such ideas, nationalist movements help bring people together to express the solidarity of a nation. For any group of people, the hope of survival is attached closely to a geographical territory.

Because of forced mass migration of Assyrians within the last century, the Assyrian Universal Alliance (AUA) has recognized the need to strengthen our nation’s connection to our ancestral homeland of Assyria. At its 25th World Congress in Sweden, the AUA passed a resolution to recognize the First of Tammuz (July) as Assyria Day in order to remind our scattered people that we as Assyrians cannot and should not forget the historic glory of our nation and must believe that one day Assyrians will again live in our ancestral homeland of Assyria in peace and harmony with our neighbours.

The historic Assyria is located in northern Iraq, stretching east to Lake Urmia in Iran, north to the Turkish Harran, Edessa, Diyarbakir, Lake Van and the mountains of Hakkari, and west to Syria. Archaeological sites confirm our claims to these regions.

Until the beginning of WWI, the Assyrian population remained settled in these historic lands but because of targeted persecution and systematic massacres, Assyrians were forced to move to new areas. Within the last half century, mass migration of Assyrians to western countries has created a humanitarian crisis that no world government has yet aimed to resolve.

Today Assyria is occupied by people who do not share political or historical rights to the land. The government of Iraq has failed to recognize the constitutional right of indigenous Assyrians to establish a province for them on their ancestral lands in the northern territories of the country. To date Iraq’s government and those of neighbouring states have failed to recognize the potential for peace and harmony the establishment of an Assyrian province could provide. Precious Assyrian archaeological pieces are being stolen from the Baghdad Museum with minimal deterrence by state police in an attempt to eradicate the centuries of historic claims Assyrians of Iraq hold to their ancestral lands.

Today we as children of Assyria have a responsibility to remember the beautiful homeland of our forefathers, the ultimate destination for our scattered nation.