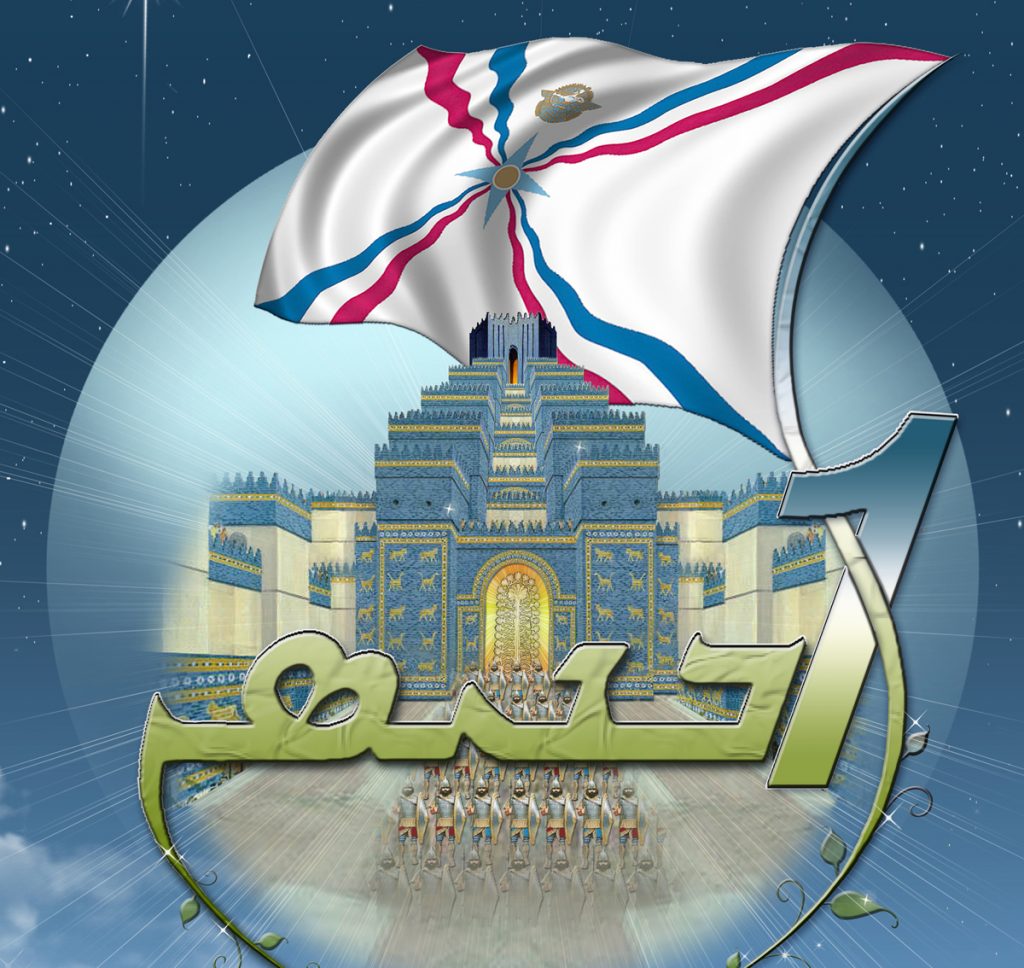 Before Assyrians embraced Christianity in the first century A.D., and according to the ancient calendar, the New Year was celebrated on what would be the 21st of March. This date is the very beginning of spring. Centuries before the fall of the Assyrian Empire in 612 BC when its power and civilization spread all over the Middle East, other nations like Medes, Persians, and Arabs adopted and celebrated the 21st of March as the New Year for all the ancient world.

After the Assyrians converted to Christianity in the first century and the Gregorian calendar was established in the Christian world, Assyrians also accepted the new calendar and moved their New Year from March 21st to April 1st. Today Iranians and people of Iraq (Arabs and Kurds) celebrate this day on March 21st. In Iran the New Year’s Day is called “NoRuz” meaning “New Day”.

In 1968, Assyrian Universal Alliance (AUA) designated this day as the official national day for Assyrians all over the world. The beginning of spring is when nature wakes up from the winter sleep, and the trees, plants, fields and flowers begin to bloom again. This means new life in which the Assyrians of forefathers gave a great credit to their philosophy of creation. Revival and rising from death played a big role in mythology.

Assyrians of today celebrate the 1st of April by holding parades, parties, festivals, lectures, and cultural programs. They also gather in the Assyrian clubs and social institutions, and listen to the poet’s reciting the story of creation.

Assyrian New Year was the biggest festival in the ancient Assyrian and Babylonian Empires. It started on March 21st, which was the first day on month (Nissan) and beginning of the New Year on the Assyrian calendar.

This festival was celebrated for 12 days. The tablets discovered and deciphered by the archaeologists explain the festivities celebrated in those days. In Assyria this festival was the most important event of the year. People from all over the Empire came to either the political capital, Nineveh or the religious capital, Babylon and participated in the celebration. There were elaborate and magnificent processions to and from the great temple in Babylon called “Esagila”.

Nowadays the Assyrian New Year falls close to Easter holiday, and remembers the resurrection of our Lord Jesus Christ, who spoke Aramaic “the Assyrian Language”, which ties in the ancient, and contemporary of the Assyrian people.